Samoa is located halfway between Hawaii and New Zealand. Its natural wonders include waterfalls, mountains, volcanoes and miles of secluded beaches.

Samoa is made up of ten islands, of which Savaii is the largest. Its neighbour, Upolu is the most populated and the location of the capital, Apia, along with the international airport, the seat of government and the centre of commerce. Savaii is dotted with secluded beaches and crowned at the centre by the 1858 metre Mt Silisili.

The main entry point into Samoa is Falelolo International Airport, 35 km from Apia. Currency exchanges are open for all international flight arrivals and departures. Airport shuttles are provided to the major hotels and can be booked prior to arrival or organised after clearing Customs. Taxis are also available but it’s recommended to confirm the price to your destination with the driver before you depart.

Samoans are the largest group of fullblooded Polynesians in the world and have retained much of their ancient culture. Their practice of fa’a Samoa, (the Samoan Way), is a living culture that centres around the family unit and love and respect for all.

Their tradition of tattooing is an intricate art and has been a cultural right of passage for generations. Many Samoans proudly display complex symbolic designs from the lower chest to the knees.

These islands were first settled about 1000 BC and are accepted as the heart of the Polynesian culture. In 1768, Louis de Bougainville sighted Samoa and named them ‘The Navigator Islands’ because of the many Samoans sailing small canoes far from the sight of land.

During the 18th century, vast plantations producing copra and cotton were developed for export and Apia became a major commercial centre in the South Pacific. Samoa was annexed by Germany from 1899 to 1914 and then by New Zealand from 1914 until 1962, when Western Samoa finally gained self government. The ‘Western’ was dropped from its official name in 1997. Although Samoan is the native language, English is widely spoken.

Both islands are rich in fauna and flora. Savaii has lush tropical rainforests, housing many exotic bird species. Conservation organisations provide funding to ensure the rainforests at Tafua and Falealupo on Savaii are protected and maintained.

Samoa’s climate is tropical all year round, with two distinct seasons, the dry season running from May to October and the wet season from November to April. The average daily temperature is 29ºC and the ocean is warm enough to swim all year round.

The Scottish writer, Robert Louis Stevenson brought his family to live at Upolu in 1890 and built a large home in the foothills above Apia, where he spent his last years. Stevenson was known as ‘Tusitala’ (the storyteller) and he is buried on the crest of Mt Vaea. His home is now a magnificent museum and offers tours rich in detail of Stevenson’s life by local guides. Other places to visit include the Tiavi Falls, also known as Papapapaitai, the O Le Pupu Pu’e National Park and Papaseea with its smooth rocks which are fun to slide down and swim in the pools beneath. Also worth seeing is Piula Cave pool in the grounds of the Methodist Theological College, and not forgetting the popular To Sua Trench located at the south east coast of Upolu Island. No matter which direction you go, you will regularly pass through nu’u or villages with their distinctive and lovingly decorated churches, large meeting houses and open fales or homes encircling the malae or village green.

The main hotels have restaurants and Samoan feasts or fiafia nights are held at the larger resorts on a weekly basis. Entertainment includes traditional Polynesian singing and dancing. There are also several clubs and cocktail bars in Apia.

A variety of goods made by Samoan families for their personal use are also sold to visitors. Siapo (tapa) cloth is made from mulberry bark, painted with native dyes and is made into mats, hats and baskets. Fugalei Street in Apia, is home to the local fruit markets and just nearby is the flea market, which sells a variety of souvenirs such as kava bowls, are hand carved from native hardwood and lava lavas (the Samoan sarong). Shell jewellery and Samoan music are also available. ANZ and Westpac are the international banks in Samoa. Both have branches at the international airport, in Apia and at Salelologa on Savaii. Shopping hours are from 8am to noon and 1.30pm to 5pm weekdays and 8am to 12.30pm on Saturday.

The two islands have more than 1800 kilometres of road between them. In Apia, there are taxis and rental cars available. Discovery Rentals has a wide range of vehicles and offers a free pick up and delivery service to most hotels. For those who want to go island hopping, flights between Apia and Savaii leave daily with Samoa Air and take just 20 minutes. To go by ferry takes around two hours.

In Upolu, the Lake Lanoto’o National Park is a good place to visit; it is home to a rare swamp forest ecosystem. If you are looking for beaches, then you must go to Lalomanu. In Apia, you can find the house and grave of Robert Louis Stevenson. Apia also houses the Museum of Samoa. Mt. Fito is Samoa’s highest mountain, having an altitude of 1100 m. The mountain is located in a national park called O Le Pupu-Pui. Other attractions include Piula cave pool and Manono Island.

On Sundays, lunch, which is called toano’i, is a social event during which several families get together and eat food made in umu (earth oven). The meal includes a whole pig, an array of seafood items and baked taro. In traditional cooking, hardly any oil is used. There are two local delicacies that should be tried at least once. The first is called palusami – a dish, which has a rich taste that is made with taro leaves that are cooked in coconut cream. The second dish is okay – it is a raw fish, like tuna, and also cooked in coconut cream. There are two local alcoholic drinks that you can try: the Kava and the Vailima beer. Corned beef is also taken as an accompaniment to many dishes.

In Apai, at 6 in the morning of every Sunday, a fish market materializes. In this market, locals buy fish for the toano’i. A visit to the fish market can be quite an experience. When in Samoa, do go and see a “fia fia”, which literally means happy, and which Samoans construe as partying. During a fia fia, you get to witness traditional dancing, music and singing, drumming, as well as the fire-knife dance. Apia also has a flea market and a new market; both of them sell local handicrafts. Snorkeling and fishing are also good activities to undertake while in Apia.

In Savai’i, you can swim with turtles in the Satoalepal turtle reserve. If you are an experienced surfer, then beaches in Savai’i are good places to surf. You can also try your hand at diving. You can try surfing and diving in Upolu as well; note again that you should be an experienced surfer to try surfing in these waters. One other thing that you can partake in when in Upolu is golf – there are a couple of courses near Apia.

Samoa and its Cultural Tradition Almost all of the population of Samoa follows Christianity. The official languages of the nation are English and Samoan. Tattoos are also a part of the Samoan culture and these tattoos are different for men and women. The tattoos have a geometric design; men’s tattoos are called Pe’a whereas women’s tattoos are known as malu. Sunday is the day of worship and almost everything shuts down on this day. Samoan villages are very traditional; it is recommended that you do not walk through them on Sundays. Further, there is usually a half an hour long curfew (for prayer) at sundown everyday in a number of villages; avoid walking around during curfew. Samoa is filled with places to explore – national parks, waterfalls, blowholes, caves, lava fields, traditional villages, beaches, and museums. In Savai’i, for instance, you can explore a kilometer long cave called The Dwarves Cave or a lava cave near Letui village called Peapea Cave. Alofaaga blowholes, which are near Taga (a village) are a must see. From Paia Village, a three hour long walk will take you to the lava fields of Mt. Matavanu. For history and archeology buffs, there is an attraction called Pulumelel Ancient Mound, which is Polynesia’s largest ancient structure. You can also visit the lava fields of Sale’aula as well as the Falealupo and the Tafua Rainforest Preserves. Things to do at Samoa In Apai, at 6 in the morning of every Sunday, a fish market materializes. In this market, locals buy fish for the toano’i. A visit to the fish market can be quite an experience. When in Samoa, do go and see a “fia fia”, which literally means happy, and which Samoans construe as partying. During a fia fia, you get to witness traditional dancing, music and singing, drumming, as well as the fire-knife dance. Apia also has a flea market and a new market; both of them sell local handicrafts. Snorkeling and fishing are also good activities to undertake while in Apia. The Faleolo International Airport is the major point of entry into Samoa if you intend to fly in to the country. The airport is around 45 minutes away from Apia. Faleolo is well connected to Fiji, Australia and New Zealand. If you are flying in from the American Samoa, then you can fly in to the Fagalii airport. Arriving in the morning will give you brilliant views of Samoa. You can also get in to Samoa by a boat, which is operated by MV Tokelau, from Tokelau.

Essentials item that must be brought when you visit Samoa 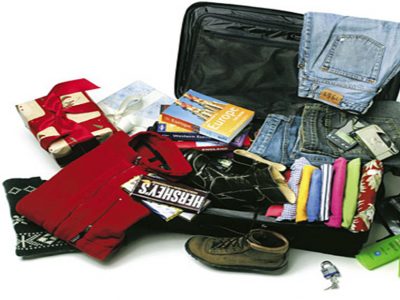 If you are in possession of a valid passport, you are entitled to a 30-day visa-free visit to Samoa. Furthermore, if you are from the Schengen region, then you can stay for 90 days. You can receive a visitor’s permit on arrival in Samoa for a period of 60 days – there are, of course, a bunch of conditions that need to be met. While arriving and leaving, you have to submit arrival and departure declarations. The local currency is called Tala. It is illegal to partake in business transactions in any currency other than the Tala. Samoa has tropical climate with average temperature of around 80 degrees Fahrenheit (27 degrees Celsius) around the year; October to March is the rainy season and the rest of the year is the dry season. Amanaki Hotel
Situated on the peninsula in Apia Harbour, Amanaki Hotel is the capital’s best value for money hotel.Amanaki, meaning ‘hope’ or ‘good expectations’ in Tokelauan, is a family owned hotel that pays tribu... View More »